Our place to talk, learn, and have fun!

I started this book yesterday afternoon & I cannot put it down!!! I'm already on page 200. It took a couple of chapters to get me in the right mind frame, but after that, I was craving more. I am not typically a fan of sci-fi books, but this is not the typical sci-fi! It is very well written & gives me everything I love about the author - her uncanny ability to make me feel like I'm a part of the story; the amazing character development; and the passion she portrays for the characters involved. I read it this morning while brushing my teeth, fixing my hair, etc. I had to will myself to leave it on my nightstand and not bring it to work with me. I'm such a dork. Oh, and I let my mom read it before I did & she also said it was fantastic & rated it a 9 out of 10. I can't wait to finish it!!

Melanie Stryder refuses to fade away.
Our world has been invaded by an unseen enemy. Humans become hosts for these invaders, their minds taken over while their bodies remain intact and continue their lives apparently unchanged. Most of humanity has succumbed.
When Melanie, one of the few remaining "wild" humans is captured, she is certain it is her end. Wanderer, the invading "soul" who has been given Melanie's body, was warned about the challenges of living inside a human: the overwhelming emotions, the glut of senses, the too vivid memories. But there was one difficulty Wanderer didn't expect: the former tenant of her body refusing to relinquish possession of her mind.
Wanderer probes Melanie's thoughts, hoping to discover the whereabouts of the remaining human resistance. Instead, Melanie fills Wanderer's mind with visions of the man Melanie lovesJared, a human who still lives in hiding. Unable to separate herself from her body's desires, Wanderer begins to yearn for a man she has been tasked with exposing. When outside forces make Wanderer and Melanie unwilling allies, they set off on a dangerous and uncertain search for the man they both love.

I have one book to finish before picking up my copy. I am SOOOO happy to hear that you like it Michelle-YAY!!

i still haven't finished eclipse. i need to catch up, its just hard to find time to read during school and especially when jayson is gone. i do plan to read this one though. 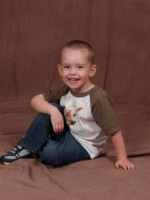 I finished this book last night. It was so good. I'll probably want to read it again, which says a lot. Although there was complete closure at the end, she left a little ambiguity that would foster a sequel, which would be so super cool.